Four Reasons You Need to Care About Climate Disclosure

Climate change is a hot topic (pardon the pun). It also presents a significant non-financial risk to businesses, and not just because of the physical effects of environmental factors. The pressure is on companies to improve their climate disclosures, and it’s a challenge coming from more than one direction.

In the lead-up to the Federal election, climate change is becoming an increasingly important issue for voters. Recent protests in Sydney and the fallout from yet another natural disaster point to rising frustrations from Australians who want their leaders to take greater action. But it’s not just politicians that need a climate change policy. Australia’s corporate leaders also need to ensure they have a clear position on the environment, and the reporting to back it up.

It should come as no surprise that the main reason you need to have an appropriate strategy in place for managing climate disclosures is because the issue is well and truly in the sights of ASIC.

In mid-2021, ASIC Commissioner Cathie Armour announced the regulator was conducting a review to establish whether the practices of funds that offer ESG products align with their promotion of these products.

Fast forward to March 2022 and, while the results of ASIC’s review have yet to be published, the regulator confirmed that climate-change disclosure was among its areas of focus for 2022. Specifically, ASIC’s core focus is to ‘foster continued improvement in the standard of climate change governance practices; and to promote the provision of reliable and decision-useful climate-related disclosures by listed companies, to enable investors to make fully informed decisions.’

While there currently no mandated standards for ESG reporting in Australia, ASIC says action can be taken against businesses that make false or inaccurate statements in relation to their ESG policies because this constitutes misleading and deceptive conduct, prohibited under the Corporations Act.

This includes the potential to mislead because the company is unclear on what standards they use to assess a product as environmentally or socially responsible.

Additionally, Principle 7 of the ASX Corporate Governance Principles and Recommendations asks listed entity boards to satisfy themselves that their risk management frameworks and disclosures deal adequately with contemporary and emerging risks such as sustainability and climate change.

The unprecedented events of the last two years (COVID-19, bushfires, floods, etc) have led to significant growth in the number of Australians practising ethical and responsible investing.

According to a 2022 survey by the Responsible Investment Association Australasia (RIAA), the proportion of Australians with responsible investments is up 28% since 2020. More importantly, 74% of investors said they would consider moving to another provider if they found out their current fund was investing in companies engaged in activities that were inconsistent with their values.

However, it is not as simple as merely spruiking positive action on climate change. The RIAA maintains that Australians are attuned to the threat of greenwashing and are demanding more transparency from their providers. Their survey found that the threat of misleading environmental statements prevented 65% of Australians from switching to an ‘ethical’ bank, and 77% of those who are considering investing in responsible investments within the next five years would be more likely to do so if the product was independently certified or labelled as authentic.

One investor-led organisation has taken reporting concerns into its own hands, publishing a set of investor expectations in relation to corporate climate-change transition plans. The Investor Group on Climate Change (IGCC), representing 7.5 million people from Australia and New Zealand, has created five standards it hopes major businesses will adopt. In publishing the standards, the IGCC argues that investors want to know how to differentiate between companies on a long-term credible transition pathway to net zero emissions and those that are greenwashing.

The rise in consumer activism is part of an international trend towards exerting pressure on organisations to implement change. Over the past few years, annual general meetings have seen a rise in engagement by activist investors focusing on climate risk disclosure. In the US, the boards of ExxonMobil and Chevron felt the heat at their 2021 AGMs, as shareholders voted for greater action on climate change. In the case of ExxonMobil, two directors lost their seats in the shake-up.

Superannuation trustees have also faced scrutiny, increasingly having to disclose ESG considerations regarding all their investment decisions and the conduct of their investment managers. In November 2020, Rest agreed to settle litigation brought by one of its members, Mark McVeigh, in respect of its handling of climate change risk.

Beyond investors and shareholders, companies who greenwash also face legal action from the ACCC, which has listed ‘consumer and fair-trading issues in relation to environmental claims and sustainability’ among its 2022-23 compliance and enforcement priorities.

The ACCC has previously brought enforcement action where it considered marketing claims did not align with the products being sold. In 2016, a record $125 million fine was imposed on Volkswagen for the so-called “dieselgate” scandal, by which the German car company used secret software to beat emissions standards and tests in multiple countries.

In the scandal’s first two months, the company lost 46% of its value, eliminated 30,000 jobs worldwide and the value of the VW brand plunged from the 18th most valuable brand to 25th. Six years on, and the ramifications of the scandal are still being felt by the car manufacturer, with top executives facing trial on charges of fraud and market manipulation.

In order to govern climate risks and opportunities effectively, boards need to be equipped with the right tools to make the best possible decisions for the long-term resilience of their organisations. This is the role of climate-related financial reporting and it is clear that it is no longer a ‘nice to have’.

Compliance is not a role for the quiet ones. Quite often it’s considered an unfortunate but necessary intrusion into day-to-day activity. ... 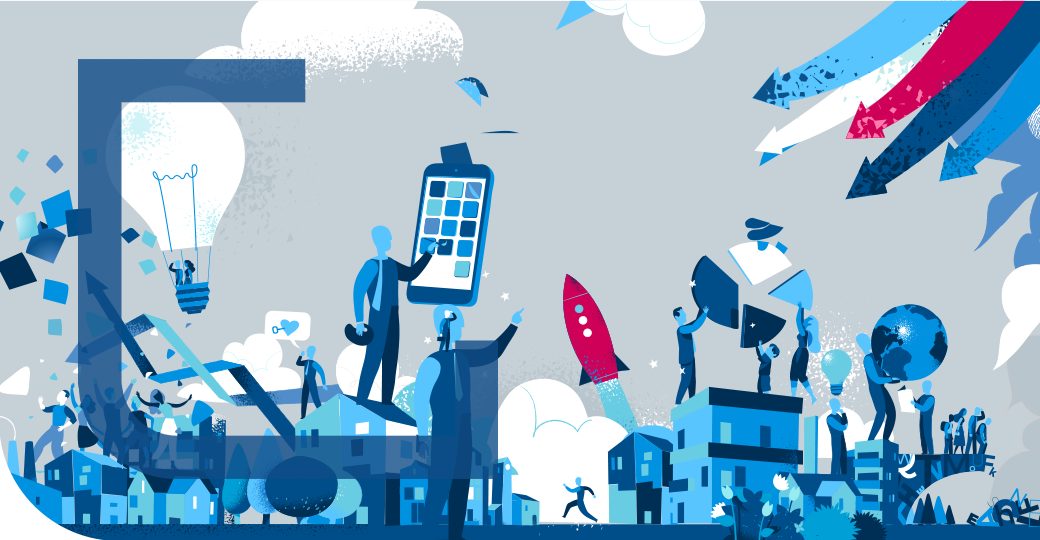 As we launch into 2022, it looks like the year ahead is already brimming with regulatory activity. Check out our top picks for what might ...

The rise of the responsible manager - Episode 2 Responsibility awakens

Take a closer look at your organisation’s culture. Are you a victim of the executive shuffle, or are your leaders empowered to take ...

Join our course and regulatory updates.